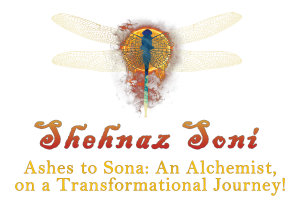 Shehnaz was born and raised as an orthodox Muslim in Karachi, Pakistan. From day one, she was asked to fit inside a box that didn’t align with her true calling. She grew up feeling trapped within a patriarchal, cultural mindset where women are groomed, expected to be wives and homemakers, and not encouraged to go to school.  Being a bright and headstrong young girl, she pushed over one barrier after another in her determination to complete her high school education and go on to college. Shehnaz graduated high school as the valedictorian and continued engineering at the University of Karachi despite persistent cultural and familial abuse and degradation as a female.

Her aspirations to achieve a college degree and financial independence were soon obliterated when obligatory arranged marriage disrupted her education. Dictated by cultural tradition, she was married off to a stranger after a one-hour interview, and quickly after the wedding, she immigrated to the United States with her new groom, leaving everything behind.

Upon her arrival in the United States, she faced a new set of challenges, including financial, cultural, and language barriers—as she tried to acculturate to her new life. In facing the choice to either do what was expected and approved or to expand her inner self, Shehnaz reawakened her trailblazer instincts and chose the path of transformation.

Committed to pursuing her dream life, she attended a community college to learn English. She already spoke three languages – Urdu, Gujarati (goo-jar-a-tee), and Hindi but had long-dreamed of speaking English fluently. Her decision not to take “no” for an answer rewarded her with a degree in electrical engineering at the University of California, Irvine. This achievement launched her into a life of financial independence, space exploration, and an ongoing personal expedition of change at both the physical and quantum level.

Shehnaz has worked as a rocket scientist for both Boeing and NASA. Her work on the massive rocket called the Space Launch System (SLS) will be used in one of the earlier missions to facilitate living on the Moon. Additionally, she assisted in building and implementing the Falcon 9 rocket which provided taxi service for astronauts aboard the International Space Station eliminating our reliance on the Russian Soyuz rocket.

Her most recent work at NASA includes the Artemis Project. She and her cutting-edge team of aerospace engineers have developed requirements for the unprecedented Human Landing System, also known as HLS. When ready to launch, this system will finally bridge mankind with a long-term presence on the Moon and ultimately on Mars. The astronauts, preselected to take this flagship journey, will include the first woman and the first person of color ever to step foot on the south side of the Moon and ultimately Mars.

Shehnaz is the author of the soon-to-be-released Quantum Being. Part memoir and part guide for humanity, this book will bridge science and spirituality to help the reader realize the truth of their magnificence as human beings on the journey to manifest their own miracles.

Shehnaz believes that we all have the power to live an incredible life as quantum beings. Through her group workshops and sessions as a health and Transformation Coach, she shares her knowledge and experience to guide clients and students toward enlightenment and self-empowerment in all aspects of their lives. Being a quantum human, she believes, is to embark on an alchemical transformation toward our highest life potential.

As we undertake the daunting task of transformation, we embark on the journey that will ultimately become habitual, automatic, and effortless – akin to a rocket leaving the Earth. At first, the initial launch requires enormous power, then less and less as it leaves the Earth’s gravitational field. Finally, the rocket moves through space under its own momentum breaking all the barriers, beyond imagination to traverse new worlds. 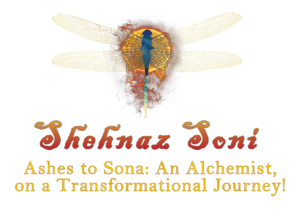 Stepping into your light is the key to igniting your human capacities. Our daily patterns affect our daily experiences and our future manifestation. Therefore, let us become conscious of our everyday actions and reactions pattern. To unveil your full potential to be free and in circular flow of transmutation like Phoenix Rising.

The Quantum Being Book