We have ontological responsibility for the wellbeing of the entire cosmos. In the movie Cloud Atlas, David Mitchell talks about our interconnection with each other very wisely, “Our lives are not our own. We are bound to others, past and present, and by each crime and every kindness, we birth our future.” To understand ourselves, we have to understand our relationship with the universe and all our interactions. Every movement, action and gesture of humans has its cosmic repercussions, either as contributing or as destroying our inner harmony and harmony of the cosmos. How can we embody conscious evolution?

Our inner child is always on a quest to quench its thirst for truth, understanding, and contentment. We are born to evolve to exist. When we ask simple yet hard questions like:
Who am I?
What am I?
Where do I come from?
Where am I going?
Why am I here?
What is here?
What is my purpose?
What is the purpose of my existence?
When does it all end?
Does it ever end?

Dr. David Rudrauf, co-corresponding author of the research paper on self-awareness, published in the journal on Aug. 22 that self-awareness cannot be localized to a single region of the brain. His team use a multidisciplinary and multimodal approach, combining virtual reality, psychophysiology, neuroimaging, computational modelling and robotics. In this study, a 57-year-old, college-educated man known as Patient R with a severely damaged brain passed all standard self-awareness tests. He displayed repeated self-recognition, both when looking in the mirror and identifying himself in unaltered photographs taken during all periods of his life. Patient R is missing all the areas in the brain that are typically thought to be needed for self-awareness. Yet, he remains self-aware,” says co-corresponding author Justin Feinstein, who earned his doctorate at the University of Iowa in February. “Neuroscience is only beginning to understand how the human brain can generate a phenomenon as complex as self-awareness”.

The word “Reality” origin traces back to the French year 1540, and meaning is “quality of being real “. Cambridge defines “Reality as the state of things as they are, rather than as they are imagined to be”. Cambridge definition is ambiguous. If you are one of those people who live in the imagination, then your imagination is your reality. Isn’t it? One person’s perception may differ from another. This means there is a very high possibility that one person’s reality can be another person’s illusion and vice-versa. Why? Because we each have a different perspective. Perspective is a channel we are watching on our lifetime television based on our beliefs. We have our belief driving the experience. When we see a burning flame picture in the magazine or television, we feel the heat in our core because we believe the flame is hot. We experience this burning feeling that is very well choreographed by many factors all at play in space and time. The hippocampus regions are where the brain is sending a projection; we are visualizing holographically. A mirror gives a different impression of our face each time we see ourselves in the mirror.

The physical universe is defined via three-dimensional space and the fourth dimension of time. Immanuel Kant, a German philosopher and one of the central Enlightenment thinkers, connects the dot between space and time and mind and reality, “Space and time are the frameworks within which the mind is constrained to construct its experience of Reality”. Any perception of time and continuity is an illusion. The Sanskrit word “Maya” means illusion. According to Hindu Religion, under Maya’s influence, the soul identifies with the body. The idea of enlightenment means to escape the illusion. According to the Matrix movie, it means taking the red pill.
Speaking of illusion, Elon Musk is vocal about his belief that we are living in a Simulation. We may be living in a simulation. However, we do experience and feel everything as real. There is no scientific evidence that can prove that consciousness exists, yet it does because we can feel if our finger touches the burning flame and we feel the burn, and we scream even if we don’t want to embarrass ourselves if there are others around. What we experience is an outcome of delicate processing through consciousness.

Consensus reality is agreed-upon beliefs, and concepts of reality which people in the world, or a culture or group, believe are real (or treat as real), usually based upon their common experiences as they believe them to be. Meaning we all agree that it’s a Table, candle, and building etc., based on agreements we all have made. This is called consensus or objective reality. The one created based on the majority of human consensus without an individual’s unique perceptions. Does this objective reality exist in a true sense? Or all this is consciousness experiencing itself fractally? Patterns within patterns, and all patterns are like all the other patterns.

We have heard before that our beliefs affect our biology and biography. Let me use an example here, pay attention to breathing. Breathe four-fold breath (Breathe in 4, hold 4, Breathe out 4, hold 4) and observe your thoughts as you breathe. What happened? Your thought was distracted because you were breathing, wasn’t it? Let us say you noticed while you were breathing; your nose felt a little dry. What happened now? Your attention has moved on to the dry nose. It is Spring, and pollen is everywhere. Let us say you believe in allergies making your nose dry. What happened now you justify your belief, and then you reinforced it as well by saying it back to yourself. Your thought and breath are intertwined and affects your body at the cellular level and ultimately affects your biology. As we continually expand our understanding of ourselves and consciously evolve we are rewriting our life script.

When I visited the museum in Arkansas in 2009, called “The Museum of Discovery”, My husband and I decided to test our energies by being in the room called “Mind/Body/Spirit”. There was a metallic ball placed in the center of the table, and the goal was to see which party attracts the ball and keeps it to their side for the entire time. I won the game, to my husband’s surprise. He later asked me what my secret was. In my imagination, I had gone to my meditation altar, a very serene and calming place in my mind.

Let’s imagine for a minute that our reality is a virtual game played by us, and we are the user and architecture of this game. All the parameters of the games are input by our thoughts. Every morning we wake up and start playing our live video game and interact with it continuously based on our thoughts. Isaac Newton’s third law states that for every action (force) in nature, there is an equal and opposite reaction. In other words, if object A exerts a force on object B, then object B also exerts an equal and opposite force on object A. This is how we are interacting via consciousness. Video games are addictive because they provide an imitation of our lives. For example, games like “Call of Duty “depicts the reincarnation aspect of life to connect the user with real-life aspects and to have a deeper connection to the game.

Dr Hoffman, a professor in the Department of Cognitive Sciences at the University of California, Irvine, where I graduated from, where he studies consciousness, visual perception and evolutionary psychology, suggest that in an awakened state, we are interfacing with Graphical User Interface (GUI). GUI defines as a visual way of interacting with a computer using items such as windows, icons, and menus used by most modern operating systems.

This GUI is like a virtual headset attached to our forehead created by our consciousness to ensure we continually evolve and stay alive and grow and mature and learn our lessons in the most easily understandable way due to our limited processing information. Technically it is a dumb down version created by our thoughts, beliefs, and experiences for us to exist in this physical dimension continually and willfully evolve depending on our focus and attention and overarching consciousness.

We are creating circumstances through GUI to help you see our role in it and how far we are willing to play along this illusory game called life. The movie “Contact” depicts a classic example of how GUI works in our day-to-day life. Contact movie played by Jodie Foster, who works for the Search for Extraterrestrial Intelligence (SETI) program at the Arecibo Observatory in Puerto Rico. Guided into science and communication—starting with amateur radio—by her now-deceased father, she listens to radio emissions from space, hoping to find evidence of alien life. When she travels to the planet where alien contact is made from, after she passes through a wormhole, she finds herself on a beach, similar to a childhood picture she drew of Pensacola, Florida, and a figure approaches that becomes her deceased father. Jodie Foster character recognizes his father as an alien, taking her father’s form and asking questions. The alien tells her that the familiar landscape and form are used to make their first contact easier.

Hence there is more to life than meet the eyes. Our perception plays a role in creating our day-to-day reality, and consciousness precedes perception, and reality is fundamental to our nature of existence. Conscious evolution requires us to be self-aware and show up every day in our best form and take full responsibility for our actions, beliefs, intentions, and how it affects our experiences moment to moment. 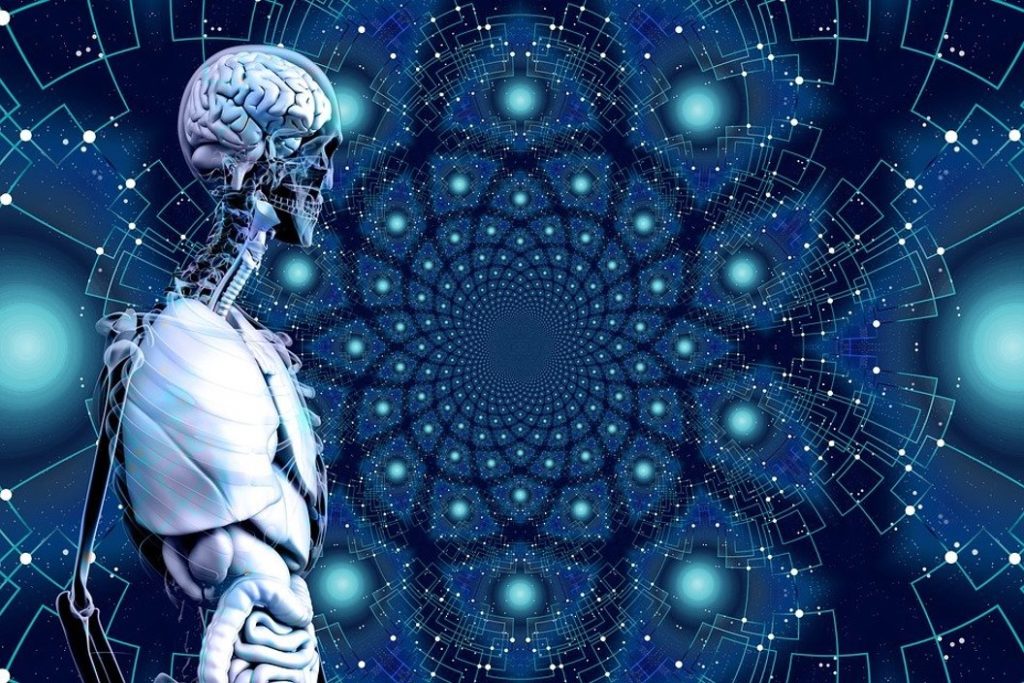 Let us become conscious of our everyday actions and reactions pattern. Our daily patterns affect our daily experiences and our future manifestation.